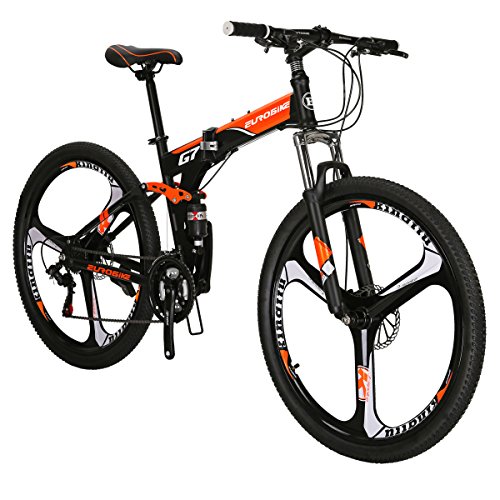 The rugged terrains of the outdoors prove to be a punishment to the riders and the bike itself. Different ways and means are tried to reduce the physical stress involved in this sport. The introduction of the suspension system has proved to be the best relief so far.

The rugged terrains of the outdoors prove to be a punishment to the riders and the bike itself. Different ways and means are tried to reduce the physical stress involved in this sport. The introduction of the suspension system has proved to be the best relief so far.

Generally it was a common misunderstanding that bicycles were meant for short distance travel or for kids to play. But the introduction of different types of bicycles has changed people’s views forever.

Earlier bicycles were simply made up of a handlebar, two wheels, pedals, one seat, gears connected by a chain etc. But modern bicycles are hi-tech and come fitted with accessories to suit the rider’s requirement.

The latest adventure sport related to cycling it mountain bicycling. The construction of mountain bike is different than other bikes it has a sturdy metal frame, hi-tech multiple gears, special brakes and fatter wheels.

The uniqueness of mountain bikes is the built in suspension equipment. Generally the buyer has the option of selecting either a single or a dual suspension bike, so it is important for him to understand the advantages before making this choice.

Advantages of Built in suspension bikes

Mountain bikes are available with single and dual suspension, but it is up to the buyer to decide which one suits his requirement. So to choose the best bike, the rider has to be aware of the advantages of these suspension equipment’s.

Suspension system acts majorly as shock absorbers. The rugged terrain creates a lot of shock due to the bumpy ride the suspension absorbs all the shocks and reduces the impact on the rider as well as the bike itself.

While purchasing a mountain bike with suspension, the most important decision a buyer has to take is whether he requires a single or a dual suspension bike. The obvious difference is the number of suspensions fitted on the bike.

The modifications made in dual suspension bike makes it much more efficient than a single suspension bike. Although heavier, the added suspension increases the traction, which allows the biker to travel faster and yet maintain control, which is very important in competitive mountain biking.

This ability to absorb shocks and reduce the direct impact on the biker and the bike itself, allows both to perform better. 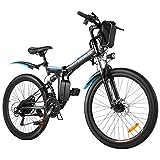 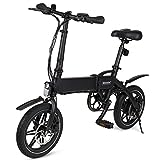 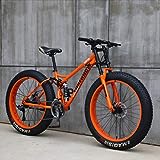